Originally built in the early 19th century by Leonard Macomber, at the foot of Union Street and Johnny Cake Hill in New Bedford, the building had been a grocery store, bakery, hardware store, and barber shop. In 1870 it was purchased by Antone Sylvia who added an Italianate style gable dormer to the front and used the building to manufacture cigars. The next owner, c. 1900, added three large windows to the second floor.

By the 1960s businesses began to move away from the area and the "Macomber-Sylvia" Building was abandoned. When it was condemned by the city of New Bedford, the Waterfront Historic Area League (WHALE) bought the building.

In 1976, Pete was recruited by Sarah Delano, WHALE's president, to save the Macomber-Sylvia Building. Pete and Doug Keffer began working on the building to restore it to its 1870 Italianate appearance. View Pete's Daily Log 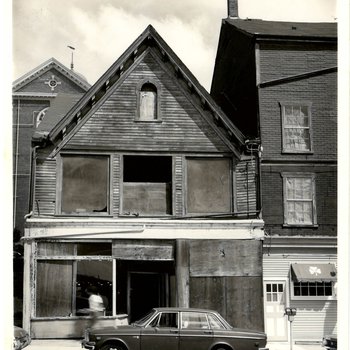 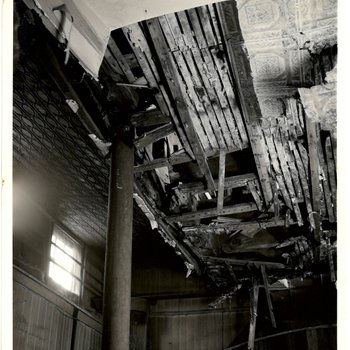 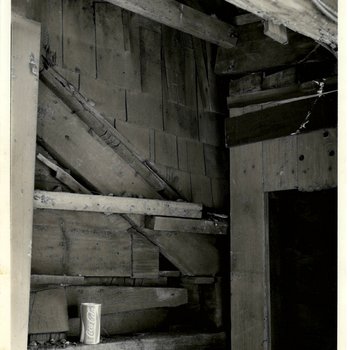 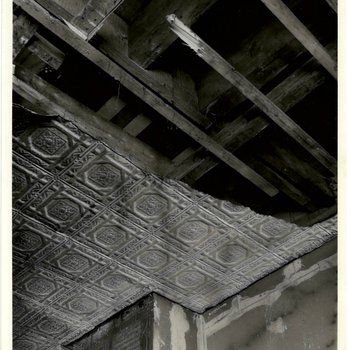 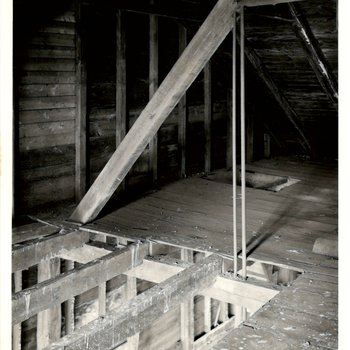 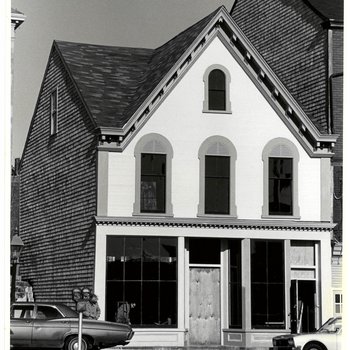 January 18, 1977:
Most of the work was complete, with the exception of hanging a new front door. WHALE scheduled a board meeting that day to sell the restored building.

Early in the morning, a gas explosion rocked the area, destroying the Macomber-Sylvia Building and two other structures - O'Malley's Tavern and the Eggers Building. 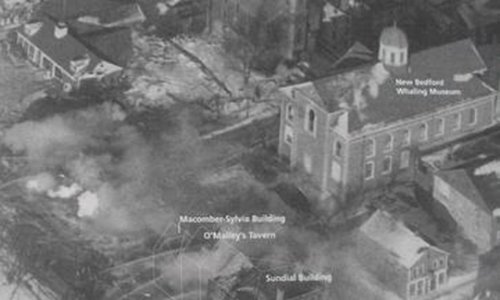