“Every old house has a story …….. Thus in each ancient structure there are clues to the past – if we take the time and concern to look, to learn, to touch, to document, to preserve. By so doing we will be able to give our past to the future. So simple and so essential.” – From her book, Collecting Houses: 17th Century Houses – 20th Century Adventures, (2003), a memoir that draws on her forty plus years’ of experience in rescuing early colonial structures and imparting her passion for old houses and for the stories they can tell.

Anne “Pete” W. Baker (Oct. 20, 1926-Dec. 12, 2011) was a prominent historic preservationist who “collected” and preserved over two hundred 17th and 18th century homes and buildings in coastal Rhode Island and southeastern Massachusetts. This exhibit highlights her most notable projects with photographs, architectural and historical drawings, and documentation concerning the restoration of each building, and correspondence with the building owners. 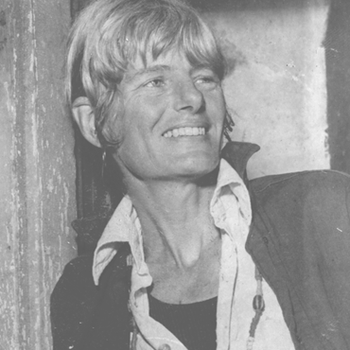 Read a brief biography about Anne "Pete" W. Baker, as well as excerpts from some works written by her, and watch her presentation on "Antique Structures." 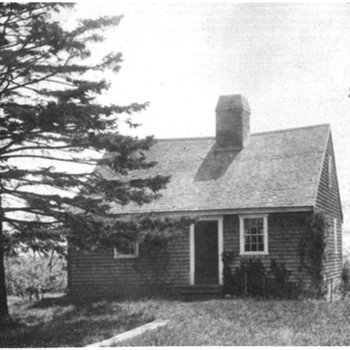 The Akin House, built in 1762, is pre-Georgian Cape Cod style post-and-beam house. Now part of the Elihu Akin House Cultural Heritage Center, in Dartmouth, the restored house is used as a public space for hands-on learning and educational programming.To learn more, read Diane M. Gilbert's article about this little house with a big story to tell. 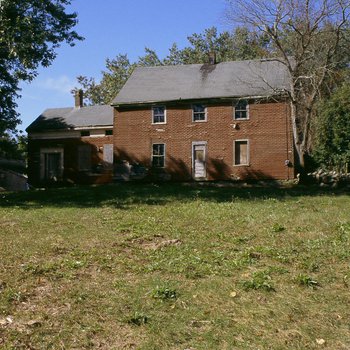 "The Cory complex includes an oak timber-framed dwelling house; a two-story, double-pile, gable roofed, center-chimney house; a cow barn; and foundations of various out-building. Surrounded by stone walls, the buildings are situated on the west side of Cornell Rd. amid open meadows and cow pastures." (from Anne W. Baker's Site and Building Summary - Cory Farm Complex) 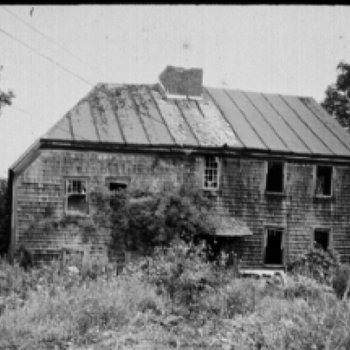 Adam Mott was one of the first founders of Newport and Portsmouth in 1634. Built around 1680 by James Mott, the house was located on a 100-acre tract of land on West Main, Portsmouth, on the south side of Cory's Lane. It is one of Rhode Island's earliest houses. Baker and her team dismantled the house in 1973, planning to re-assemble it. Unfortunately, the wood decayed and crumbled while in storage. 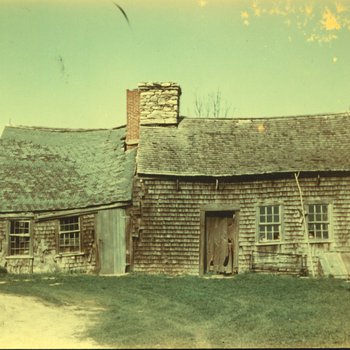 The original farm on which the Waite Potter house was located included 200 acres on both sides of Dartmouth's Main Road and as far east as the Noquochoke River. The house built by Thomas Waite in 1677 was a one room, one and one-half story building, with a large stone fireplace incorporated into its interior side. Known as a ‘’Rhode Island Stone Ender,’’ there are only a few remaining in Rhode Island today.In 1728, Thomas Waite’s son Benjamin sold a portion of parcel to Robert Kirby, who in 1760 added one room to the opposite side of the stone chimney. After the Kirbys stopped living in the house, it was used as a farm building and pig pen. By 1945, the building was in disrepair, and in 1954, Hurricane Carol ripped the roof off the structure, leaving it open to rot and ruin. By 1962, the chimney had started to topple as the main support, the large oak lintel that held up the throat of the chimney, had rotted away and by 2006, everything had collapsed in the front. Although the house no longer stands, its image is on Westport's town seal.As the site of significant archeological investigations, the property yields important information about early eighteenth-century life. Read more here. 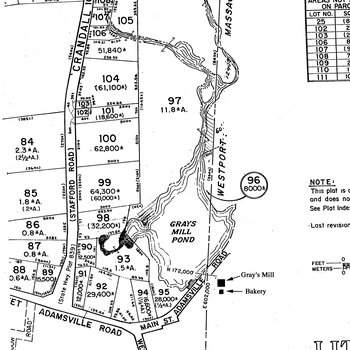 Gray’s Grist Mill, one of the oldest, continually running grist mills in New England, is located in Adamsville on the Massachusetts/Rhode Island border.While its exact date of origin is unknown, most agree that there was a mill on the site sometime before 1700. The first deed of ownership can be traced back to Philip Taber in 1717. The village of Adamsville was known as “Taber’s Mill” until the 1800s and the Adamsville mill pond provided power for the grist mill and a saw mill. In 1751 Taber conveyed the mill to his son Jonathon.The first, John Hart, purchased the property in 1939 - a time when most grist mills were closing their doors. He went on to run Gray’s Mill for the next 41 years. In 1980, Mr. Hart, then 80 years old, sold the mill to its current owner Ralph Guild. 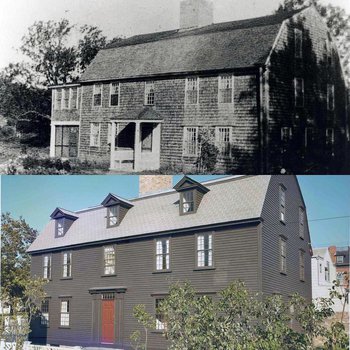 Beriah Brown was born in Rowley Massachusetts in 1648. At the age of thirty five he married the daughter of Abigail and Alexander Phenix of the Quidnesset section of North Kingstown. They settled nearby and built a home on South County Trail (at the intersection of Route 102 and Route 2). The early eighteenth century house was a two-story, five-bay plan building with a gambrel roof and a large center chimney.Known as the Beriah Manor, the house existed at this location, now the site of the present day Narragansett Electric complex, for nearly 275 years until it was dismantled to make way for an indoor tennis court in the late 1960's. The Newport Restoration Foundation (NRF) acquired the house and then rebuilt and restored it at its current site on Mill Street in 1975-76. 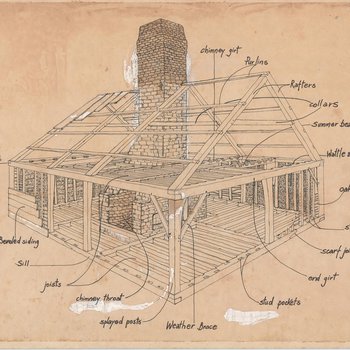 Built in 1672 near Edgartown Great Pond on Martha’s Vineyard, Vincent House is the oldest unaltered house in the area. It was occupied by descendants of the original Vincent family for 250 years. Around 1977 it was donated to the Martha’s Vineyard Historic Preservation Society and moved and restored. It is now a museum.